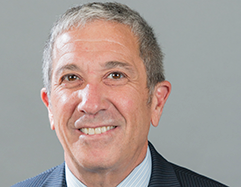 Steve is a lifelong resident of the Philadelphia area where he has raised two sons with the devoted support of his wife, Lisa. Steve obtained his undergraduate degree from the University of Pennsylvania in 1977 and his Juris Doctor degree from the University of Miami School of Law in 1980.  Steve expanded his legal training through judicial clerkships for the Honorable Donald Bigly and Theodore Z. Davis of the Superior Court of New Jersey. Recognizing early his need to represent clients on a personal level, Steve started his own firm in 1985 and he has never looked back.

Steve is a well known advocate in personal injury on both sides of the Delaware River. He is an active member of Pennsylvania and New Jersey State and Federal Bars. Over the last four decades Steve has focused his career on personally helping clients during their most vulnerable times. This personal connection brings Steve the highest satisfaction.